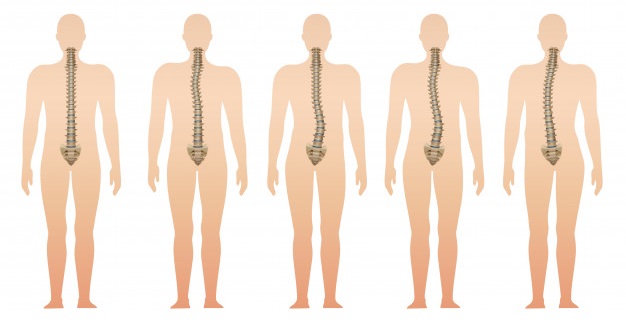 Scoliosis may occur at birth and is termed as congenital scoliosis. Such deformity is not obvious in infants but spotted as child grows with uneven hip heights.

Scoliosis which occurs during infancy is reportedly more common in male than female. The spine column is bent to one side in shapes of S or C. Such bends can possibly take two different tracks and either disappear or grow with age. Unfortunately such children with scoliosis develop cardiopulmonary abnormalities. It is noteworthy that such children do not suffer pain. Infant scoliosis is detected in first six months.

Home screening of scoliosis is commonly done for children between ages 10 and 15, especially twice for girls aged between 10 and 12 or once for boys who are 12 or 13 years old. Examining self for scoliosis before reaching out to a physician, is an easy process.

Scoliosis is a curvature that occurs in the spine most commonly during puberty. Few mild symptoms, which when left unattended might lead to serious consequences. When developed to a serious stage, scoliosis may not only form deformity and pain but also may disable the patient.

Scoliosis is also caused in adults and is known as adult scoliosis or kyphosis which is developed as age advances, due to wear and tear. The deformity happens in facet joints and discs which in due course fail to support spine posture.

The three treatments for scoliosis are observation, bracing and surgery.

When scoliosis develops, it shows on your clothes. Hemlines are not even, sleeves and pants seem to have lengthen or appear to be shrunk. Buttoned shirts are not even for men who also find one pant shrunk than the other leg and women find it tough to find a bra that stays in place. In a pair of shoes, one seems to wear out faster than the other foot.

Other symptoms include bump in lower back, pain in legs especially while walking, loss of height and trouble in standing straight.

When the child or patient is asked to stand straight, check the posture from front, back and side. Observe if the shoulder heights and shoulder blades are even or if the back is too rounded.

The tilt in the eye line and ears could also warn about scoliosis. Also one should stand in front of the mirror to check if the center of eyes and those of the hips are in one line or if the ears are forward of shoulders.

When the patient walks, check if any limp exists or if the body is tilted. Also observe if one of the legs is shorter than the other.

If the curve is mild, it does not need another test. But if one finds curve developing, it must be monitored once in three or four months.

Early detection of scoliosis is better because the relevant surgery is best performed between ages 3 and 10.

Scoliosis can also be identified in adults by stiffness in lower back. This tightness happens when muscles are stretched due to overuse. Also scoliosis causes residual effects which lead to gain or loss of weight.

After confirming for scoliosis at home, one could ensure it further by an X-ray, spinal radiograph, CT scan or MRI. Cobb method is employed to check degree of curvature which imparts the severity of damage.

In Chennai, Dr Karunakaran offers treatment for multiple spine problems including scoliosis. Specialised surgeon for Minimally Invasive Spine Surgery, he has 22 years expertise in curing bone, muscle and ligament damages besides having performed more than 3000 surgeries including those for scoliosis.