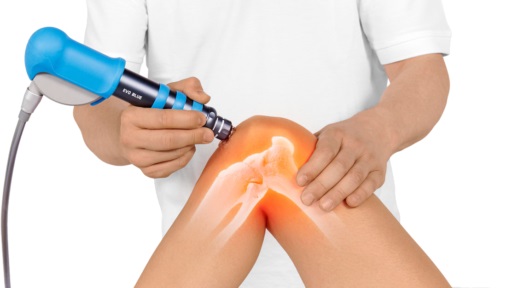 Shockwave therapy, which increases functionality and muscle repair, is a low cost option without the risks of surgery. It also promotes metabolism at cellular levels and effectually heals non elastic tissues besides increasing blood circulation. The pain exists for lesser than five minutes while undergoing the treatment. Shockwave therapy is also gaining prominence in sports medicine.

Shockwave therapy, also known as Extracorporeal Shock Wave Therapy (ESWT) made its debut in 1982 as a non invasive method to manage urological conditions. Its successful efficacy was also established in orthopedics when it loosened the cement in total hip arthroplasty revisions, besides ability to enhance attributes such as bone-cement interface and fracture healing, to name a few. It is used both to reduce pain and improve mobility.

Effect of shockwaves was earlier observed during World War II when they caused internal injuries. In early 90s kidney stones were dissolved without surgical intervention by employing shockwaves instead.

Shockwave therapy in Chennai is considered when conservative methods have failed to achieve results. Besides safety, it is low cost option without the dangers of surgical procedures. The rapidly evolving technology is found to be very effectual in combination with loaded exercise therapy.

Though shockwave therapy incites pain, it is tolerable and reportedly lasts for five minutes. Shockwave therapy in Chennai is effectual for treating pain, disability and depression of patients with chronic low back pain. Besides increasing functionality, it also gives remarkable results in treating tendinopathies (Breakdown of collagen in tendon) such as those in elbow, Achilles and rotar cuff and plantar fasciitis. It also treats shoulder pain.

It is also effectual in mitigating pain in tennis elbow showing considerable improvements in three to twelve weeks of sittings with a year old follow up.

The rising prominence of sports in one’s life is directly proportional to the increase in wounds that appear due to overuse of bones and muscles. Though treatments such as medicines and physical therapies are offered, chronic conditions need exclusive attention.

Damages include changes in blood supply, poor healing capacity in tissues, mitigated migration and differentiation of cells owing to reduced metabolism which put together result in biomechanical derangement of function.

One should refrain from activities that stress the treated part of the body for 24 hours after shockwave treatment. For instance, if Achilles tendon is treated with shockwave, walking and running should be prohibited for 24 or 48 hours though one could drive immediately.

One should refrain from applying ice in the treated area since the healing response will receive a setback.

Though minimal in comparison to surgical intervention, shockwave therapy does have side effects such as mild bruise, swells, pain, numbness which subside in a couple of days.