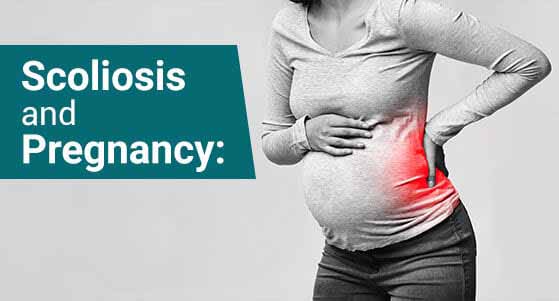 Scoliosis and Pregnancy: What You Need to Know

For women with scoliosis the excitement of having a child is often replaced by anxiety and they are hesitant about getting pregnant and apprehensive about delivering the baby safely. It is proven that besides pregnancy and delivery of child, fertility is not affected by scoliosis and does not increase risks of miscarriage, still birth or birth defects. Women with spinal fusion can also deliver child safely.

Though scoliosis does not impact pregnancy, severe curvature in the spine which involves hips, pelvis and shoulders may cause pain and discomfort, breathing problems and difficulties in bearing weight later in pregnancy. However weight gained during pregnancy does not increase the curves.

Since the centre of mass shifts, the pregnant woman would lean backwards to support extra weight of the growing belly. If back pain increases during pregnancy, it is advisable to lie down rather than standing or sitting. Besides using a belly support, warm baths and back rubs would provide comfort.

The obstetrician and gynaecologist must be kept informed about scoliosis and if epidural is required, patients must share recent X rays with their obstetrician. Depending upon the spinal curvature, the doctor can decide about the anaesthesia.

Though scoliosis is not hereditary it is familial. A person with scoliosis genes need no necessarily develop the disorder.  Though abnormalities of the spine of foetus can be seen through ultrasound, scoliosis cannot be deciphered exactly owing to twisting and turning in the womb.

To ensure that the child does not develop scoliosis during pregnancy, the carrying mother must avoid exposure to indoor swimming pools, excessive amounts of chlorine, heavy metals and mercury. Though obstetricians are not experts in nuances of scoliosis, it is wise to alert them of the situation well ahead.

During pregnancy there is an increased risk of progression and studies have proved that patients have lost 2, 6 and 18  degrees of correction during their first pregnancies and the curves remained same or improved in later pregnancies. Since pregnancy hormones minimize immunity system activities, scoliosis is stable during pregnancy.

Owing to the restricted lung capacity, pregnant women with idiopathic scoliosis rarely experience breathing problems. Rise in progesterone, a hormone released by the ovary, causes shortness of breath owing to which stimulates breathing. Besides possibilities where heart function can be compromised, patients who already have bladder and bowel problems may find it more aggravate.

Pain can start in 12th month and continue up to 6 months after child birth. Previous pregnancies or being pregnant with multiples has an important say in back pain during pregnancy.

The scoliosis back pain could be lumbar pain, sacroiliac pain and nocturnal pain. Lumbar pain could be with or without radiation of pain in legs and occurs due to postural changes during pregnancy in an effort to maintain balance and upright position. In rare cases lower back pain can be attributed to sciatica.

Sacroiliac pain is more common than lumbar pain and the symptoms continue many weeks after pregnancy.

Owing to accumulation of muscle fatigue throughout the day, pain may be experienced at night, which is known as nocturnal pain. Circulatory changes during pregnancy also contribute to such pain.

With the assistance of treatments and rehabilitation, pregnant women can handle scoliosis during their carrying phase. Keeping one’s self alert about the facts and myths is the first step towards handling the issue.